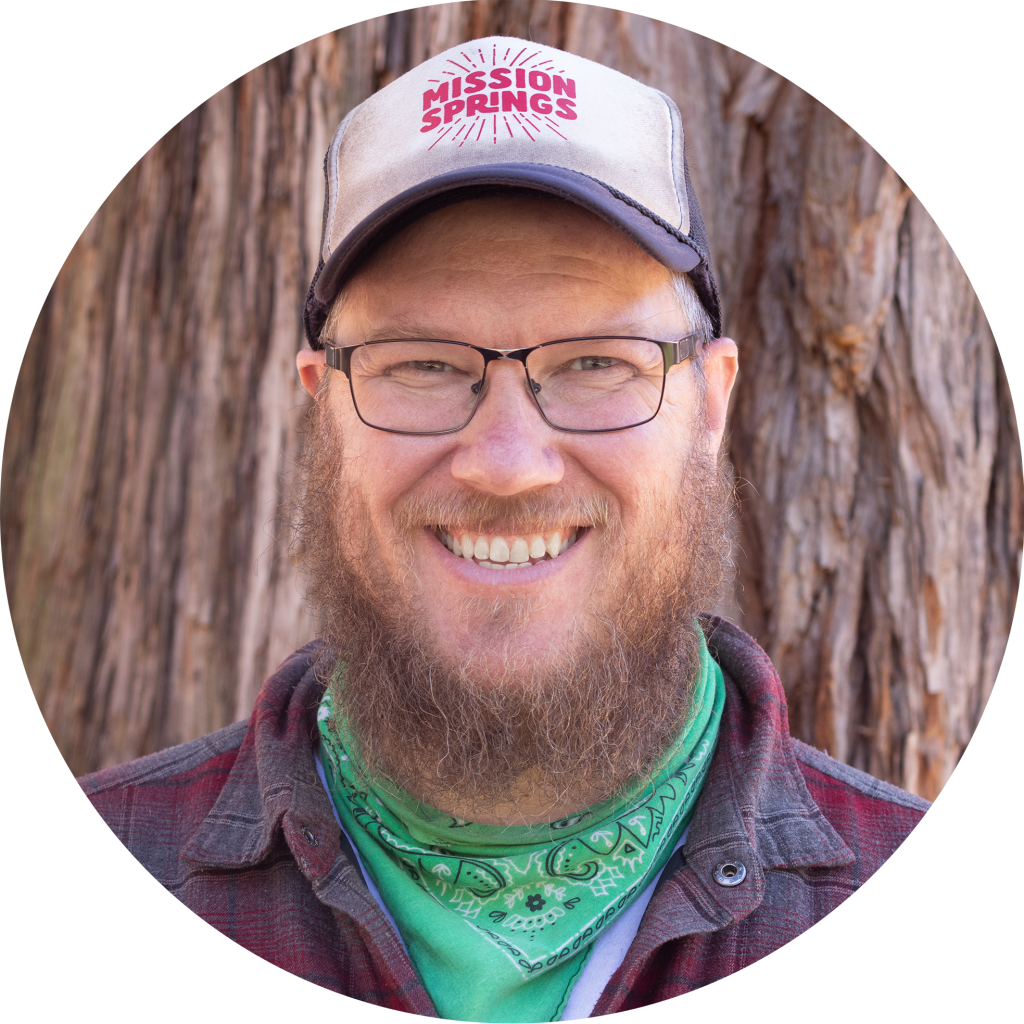 Matt grew up in Antioch, CA, and has been coming to Mission Springs for as long as he can recall. He was a camper at Frontier Ranch from 1988 to 1995 and in the summer of 1996, he was given his camp name: “Camo” when he served as one of the first LITs. He officially moved to Santa Cruz full-time in 1999 and continued to work at Mission Springs in various capacities until 2003. He met his now wife, Heather, at the Wagon Wheel many moons ago and they now have two children. Matt worked full-time in construction from 2004 to 2011 and became a licensed General Contractor himself in 2012. He served at another local camp on the Maintenance team from 2012 to 2019. In the fall of 2019, the Lord brought Matt and his family back to Mission Springs and they are happy to be back “home”!  In his free time, he can be found coaching Water Polo and Swimming at San Lorenzo Valley High School.